Sri Lanka is an island filled with exotic beauty and lush greenery, complemented by many interesting species of endemic wildlife. Nature reserves, such as the Yala, Minneriya, Kaudulla, Udawalawe, and Wilpattu National Parks are some of the more iconic sanctuaries that attract spectators from around the world.

The ecosystem in these parks often range from tropical cloud forests to rainforests to montane forests. These ecosystems are home to approximately 123 species of mammals, 180 species of reptiles, 122 species of amphibians, 227 species of birds, and 93 species of fish, many of which are endemic to Sri Lanka.

Catching a glimpse of these species can be difficult at times, as the seasons do affect their migration patterns and lifestyles. The parks located in the South and East of the country are often best visited between December and March. The months of July and August are the ideal time to visit Minneriya and Kaudulla National Parks due to ‘The Gathering’, which is the largest migration of Asian elephants in the world. Make sure to plan your itinerary around this, so that you can have a fascinating wildlife experience in Sri Lanka.

SAFARIS IN THE EAST AND SOUTHEAST OF SRI LANKA

The Eastern and Southeastern coasts of the island are possibly the best regions for safaris. Several national parks with diverse flora and fauna dot the region.

The Yala National Park is the second-largest and most visited national park in the country. More than 200 species of birds, 44 species of mammals, 47 species of reptiles, 18 species of amphibians, along with several other fish species and invertebrates, have been documented within its boundaries. A safari here is more likely to allow you to capture glimpses of endemic and rare species such as the Sri Lankan leopard and the Sri Lankan sloth bear, in addition to many more mammals, reptiles, and birds.

Similarly, the Bundala National Park and Kumana National Park are exemplary nature reserves for bird watching enthusiasts. The months between December and March are considered to be the ideal time to watch several migratory and endemic avifauna nesting in the same area.

You also have the opportunity to get up close and personal with some animal habitats. Certain park rangers offer guided bush walks, where you can track animals, learn about their behaviour and see them in their natural habitat.

If you are keen on experiencing a safari in Yala, it is best to make plans in advance with your tour operator or through your hotel or lodge, as the park can get rather crowded during the season. 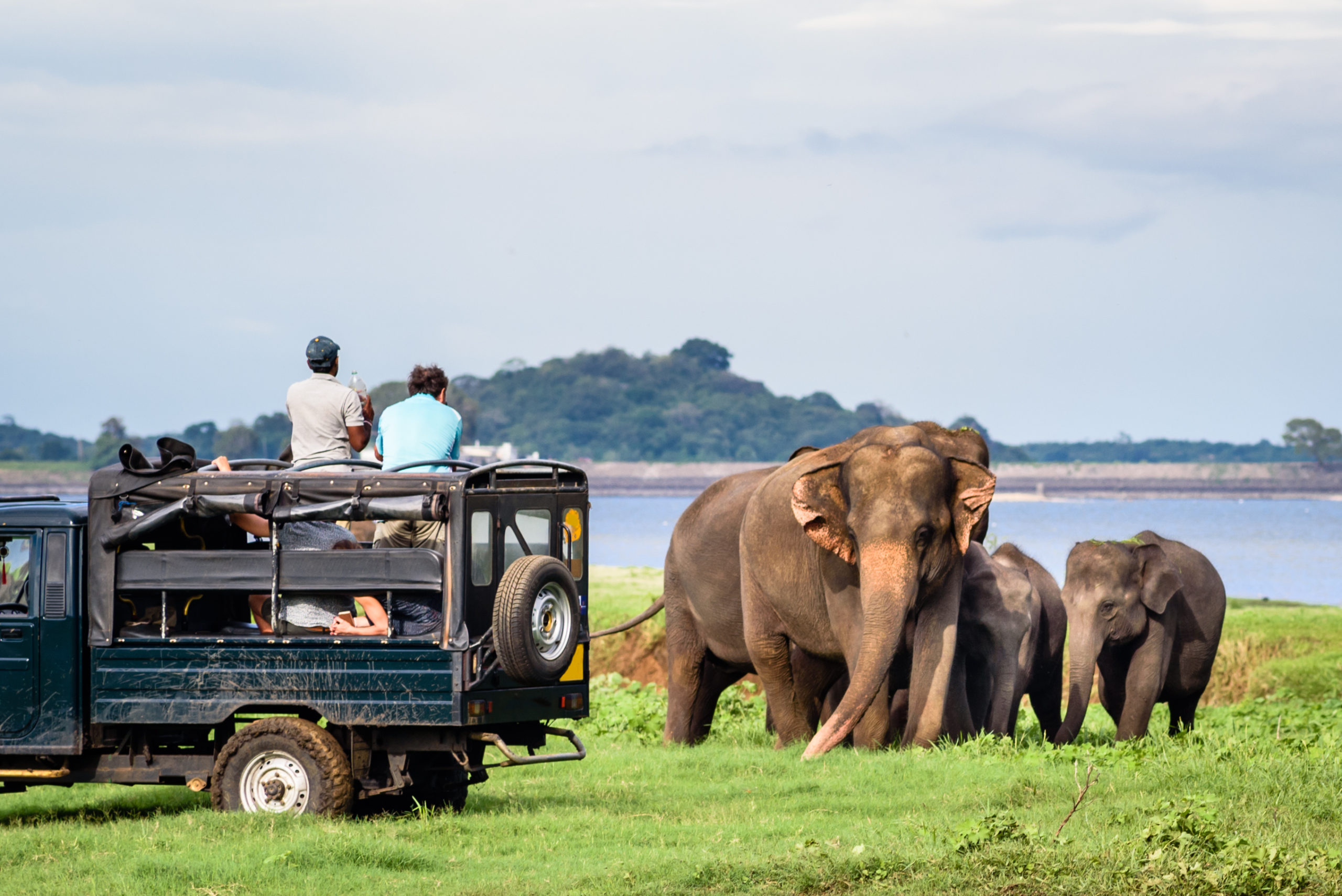 SAFARIS IN THE SOUTH OF SRI LANKA

When it comes to witnessing elephants, the nature reserves in the South of Sri Lanka are considered to be the best.

The Udawalawe National Park alone is famed for the large herds of Asian elephants frequently roaming around the boundaries of the reserve. While elephants take the limelight, the park is filled with a diverse range of flora and other fauna.

If you want to witness the best the park has to offer, safaris during the early morning and the evening are ideal. It is during these hours that you can witness several animals, especially elephants, gather around the watering holes to quench their thirst.

SAFARIS IN THE WEST OF SRI LANKA

The Wilpattu National Park is easily one of the most popular and historic national parks in the region. It is believed that the first monarch of the island settled within its boundaries, making it a historically significant location, in addition to being an impressive nature reserve.

The park is famed for its many lakes and watering holes that amount to around 60, which makes it the perfect habitat for many species. Some of the more popular species of mammals that frequent the lakes, especially earlier in the morning are the Asian elephant, Sri Lankan sloth bear, and the Sri Lankan leopard. In total, 30 species of mammals inhabit the reserve. Reptiles, such as mugger crocodiles, Indian pythons, and soft-shelled turtles dwell in the larger lakes. Several rare and endemic avifauna, such as the Sri Lankan jungle fowl, the painted stork, and the little cormorant are also known to nest in the park.

Trying to witness all of its diversity can be a difficult task. However, the months between February and October allow you to see many species in their natural habitat, due to the favourable weather conditions.

While Wilpattu takes the centre-stage in the west, there are other parks that are unique in their own right. The Horagolla National Park may be one of the newer parks in the region, but it has its fair share of special characteristics. One is the diverse range of tree species found here. The name of the park is derived from the abundance of Dipterocarpus zeylanicus (hora) trees. As a result, the park is an idyllic location for bird watching enthusiasts. Around 68 species of avifauna are known to dwell in the treetops.

SAFARIS IN THE CULTURAL TRIANGLE

The Cultural Triangle, located in the Central and North Central Provinces, is famed for being the foremost place for experiencing the rich cultural heritage and history of Sri Lanka. However, the region is also rather well-known for its wildlife and greenery.

The months of August and September are special for the Minneriya National Park, as it plays host to the annual ‘elephant gathering’. During this season, more than 200-300 Asian elephants gather around the Minneriya reservoir to feed of the grass that grows on its banks. This is one of the few places in Asia where such a phenomenon is recorded, and is certainly a unique experience, allowing you to see elephants feeding and bathing as they socialize with the rest of the herd.

Even if you do miss this spectacle, the park is home to an array of interesting wildlife. You can observe a wide variety of birds and other animals, including the endemic Sri Lankan jungle fowl, Sri Lankan grey hornbill, purple-faced langur, and toque macaque. Minneriya has grown in popularity over the years and is now a hot spot for tourist activity.

If you are looking for a more exclusive safari experience, then the national parks of Kaudulla and Wasgamuwa are great options. These nature reserves boast similar features, such as a large number of Sri Lankan elephants, along with other flora and fauna.

Similarly, August to September is perfect to see the huge herds of elephants gathering at the water holes in Kaudulla. Just like its Minneriya counterpart, the park is also home to rare species, including the hard to spot Sri Lankan leopard. Kaudulla is also an Important Bird Area (IBA) with around 160 species that have been identified. These include the spot-billed pelican, Asian spoonbill, and the giant eagle to name but three.

If by any chance, you miss the herds of elephants in Kaudulla, the Wasgamuwa National Park serves as the perfect alternative. A safari between November and May will leave you with a magical experience, as you will be able to witness hundreds of elephants gathering around the watering holes, alongside several other mammals, reptiles, amphibians, and fish. Wasgamuwa also serves to be an Important Bird Area (IBA) as well, which makes it a great place to go bird watching too.

According to official statistics provided by the Wildlife Department, Sri Lanka is home to 436 species of avifauna, out of which more than 230 are breeding species and more than 200 are migratory species. This certainly makes the small island a prime destination for the ardent bird watcher.

Birdwatching can be enjoyed in any of the nature reserves scattered around the island. Kumana National Park, Kalametiya Bird Sanctuary, Bodinagala Forest Reserve, Peak Wilderness Sanctuaries, the Kitulgala Forest Reserve, Horton Plains National Park, and the Sinharaja Rainforest are recognized as some of the popular spots to see rare and endemic varieties like the Sri Lankan blue magpie, Sri Lankan jungle fowl, Sri Lankan grey hornbill, and the Orange-billed babbler to name but a few.

Birdwatching is an activity that can be engaged in throughout the year in Sri Lanka. However, if you are looking for the best experience, make sure to visit these nature reserves from November to April, as you can witness a large number of migratory species along with breeding species.

Coming prepared with the right equipment, such as khakis and binoculars, along with a reputed tour guide is the best way to have a successful excursion. Speak to your tour operator about getting in touch with a naturalist or guide who can help you spot the rarer species. 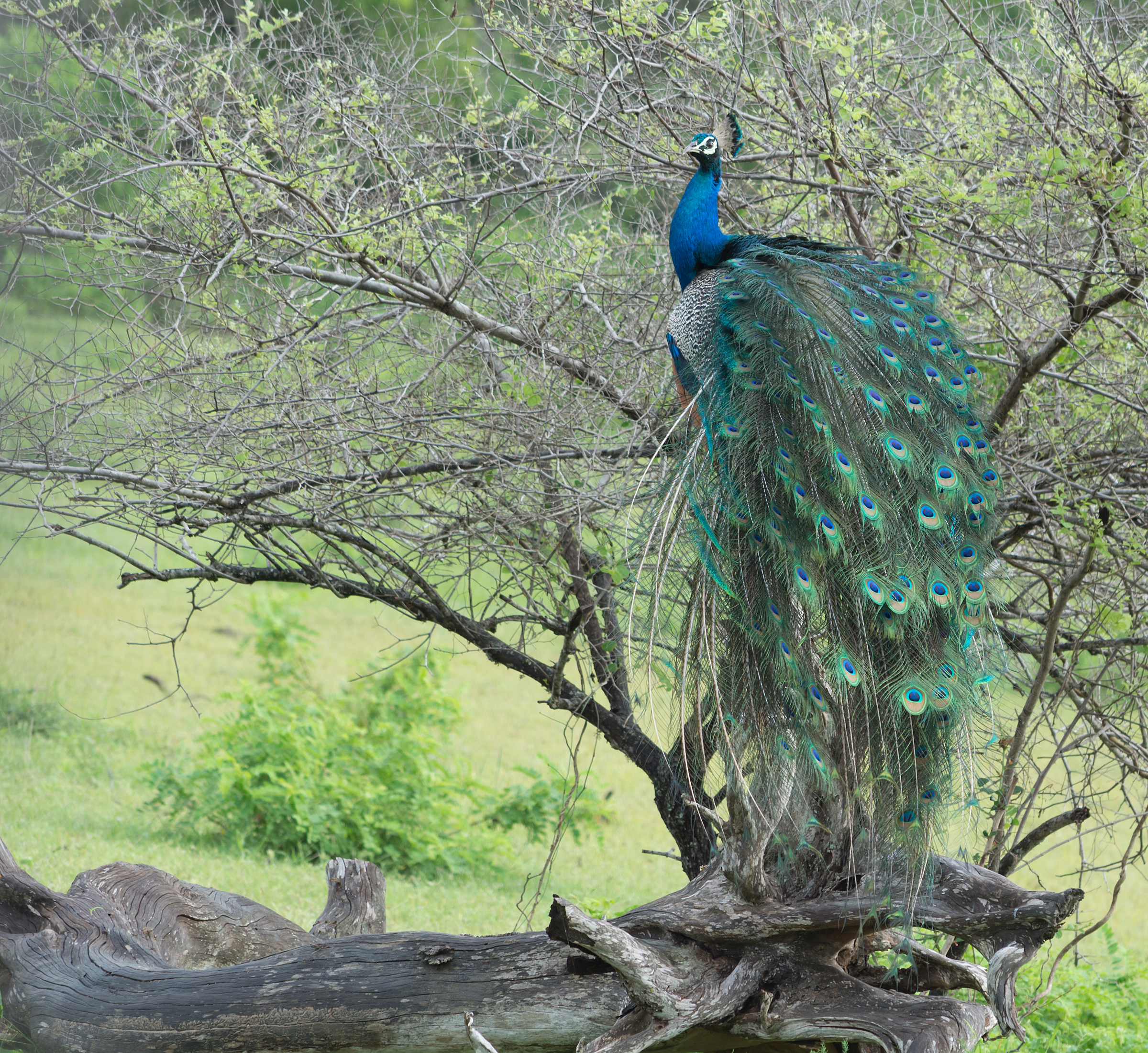 There are two ways to organise your safari in these national parks. One is by yourself, and the other is by asking a tour guide or tour company to organise it for you.

Going on safari by yourself can be quite a task, since there are many things to consider, such as park entrance fee, hiring of a licensed guide, hiring a safari jeep, etc. These can differ based on the national park you wish to visit.

The second way is the easiest. A tour company often takes care of all arrangements for you. The cost for this can also differ, depending on the company and the level of service and expertise they offer.